Philippine literature is the literature associated with the Philippines and includes the legends of prehistory, and the colonial legacy of the Philippines. Pre-Hispanic Philippine literature were actually epics passed on from generation to generation originally through oral tradition. However, wealthy families, especially in Mindanao were able to keep transcribed copies of these epics as family heirloom. One such epic was the Darangen, epic of the Maranaos of Lake Lanao. Most of the epics were known during the Spanish era.

Classical literature in Spanish during the 19th Century

On December 1, 1846, the first daily newspaper, La Esperanza, was published in the country. Other early newspapers were La Estrella (1847), Diario de Manila (1848) and Boletin Oficial de Filipinas (1852). The first provincial newspaper was El Eco de Vigan(1884), which was issued in Ilocos. In Cebu City, El Boleaetín de Cebú (The Bulletin of Cebu) was published in 1890.

On 1863, the Spanish government introduced a system of free public education that increased the population's ability to read Spanish and thereby furthered the rise of an educated class called the Ilustrado (meaning, well-informed). Spanish became the social language of urban places and the true lingua franca of the archipelago. A good number of Spanish newspapers were published until the end of the 1940s, the most influential of them being El Renacimiento, printed in Manila by members of the Guerrero de Ermita family.

Some members of the ilustrado group, while in Spain, decided to start a Spanish publication with the aim of promoting the autonomy and independence projects. Members of this group included Pedro Alejandro Paterno, who wrote the novel Nínay (first novel written by a Filipino) and the Philippine national hero, José Rizal, who wrote excellent poetry and his two famous novels in Spanish: Noli Me Tángere (Touch Me Not), and El Filibusterismo.

Especially potent was La Solidaridad, more fondly called La Sol by the members of the propaganda movement, founded on 15 February 1885. With the help of this paper, Filipino national heroes like José Rizal, Graciano Lopez Jaena, and Marcelo H. del Pilarwere able to voice out their sentiments.

He was born in San Miguel de Mayumo, Bulacan. His mother belonged to a family of artists in Guagua, the Henson. He was introduced to music when he was five years old when his father taught him the solfeggio and the banduria. Abelardo completed his first composition, a waltz entitled "Ang Unang Buko" dedicated to his grandmother, at the age of eight. By the age of thirteen, he was playing at saloons and cabarets in Manila, and by fifteen, he was teaching at barrio schools in San Ildefonso and San Miguel in Bulacan

In 1916, Abelardo entered the University of the Philippines Coservatory of Music, taking courses under Guy F. Harrison and Robert Scholfield. During his studies, he composed the melody of the university's official anthem, U.P. Naming Mahal. After earning a teacher's certificate in science and composition in 1921, he was appointed head of the composition department at the Conservatory in 1924. Years later, he ran a boarding school for young musicians, among which were Antonino Vuenaventura, Alfredo Lozano, and Lucino Sacramento.

Abelardo died in 1934 at the age of 41, leaving behind a collection of roughly 140 compositions. [1] He is known for redefining thekundiman, bringing the form to art-song status. Notable among his works are 'Nasaan Ka Irog," "Magbalik Ka Hirang," and "Himutok."

The main theater of the Cultural Center of the Philippines and the building housing the College of Music in UP Diliman (Abelardo Hall) were named in his honor and memory.

josé Protasio Rizal Mercado y Alonso Realonda or popularly known as José Rizal (Spanish pronunciation: [xoˈse riˈsal]; 19 June 1861 – 30 December 1896) was a Filipino nationalist and polymath during the tail end of the Spanish colonial period of thePhilippines. An ophthalmologist by profession, Rizal became a writer and a key member of the Filipino Propaganda Movement which advocated political reforms for the colony under Spain. He was executed by the Spanish colonial government for the crime ofrebellion after an anti-colonial revolution, inspired in part by his writings, broke out. Though he was not actively involved in its planning or conduct, he ultimately approved of its goals which eventually led to Philippine independence. He is widely considered one of the greatest heroes of the Philippines, and is implied by Philippine law to be one of the national heroes. He was the author of the novels Noli Me Tángere, and El Filibusterismo, and a number of poems. 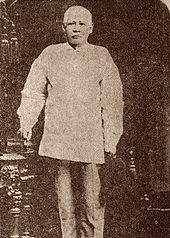 José Rizal was born in 1861 to Francisco Mercado and Teodora Alonso in the town of Calamba in Laguna province. He had nine sisters and one brother. His parents were leaseholders of a hacienda and an accompanying rice farm by the Dominicans. Both their families had adopted the additional surnames of Rizal and Realonda in 1849, after Governor General Narciso Clavería y Zaldúa decreed the adoption of Spanish surnamesamong the Filipinos for census purposes (though they already had Spanish names). José traced his patrilineal lineage back to Fujian province in China through Lam Co, a Chinese immigrant who came to the Philippines in the late 17th century and was later baptized as a Christian and renamed Domingo.

From an early age, José showed a precocious intellect. He learned the alphabet from his mother at 3, and could read and write at age 5. Upon enrolling at the Ateneo Municipal de Manila, he dropped the last three names that make up his full name, on the advice of his brother, Pacianoand the Mercado family, thus rendering his name as "José Protasio Rizal". Of this, he later wrote: "My family never paid much attention [to our second surname Rizal], but now I had to use it, thus giving me the appearance of an illegitimate child] This was to enable him to travel freely and disassociate him from his brother, who had gained notoriety with his earlier links to Filipino priests Mariano Gomez, Jose Burgos and Jacinto Zamora (popularly known as Gomburza) who had been accused and executed for treason. 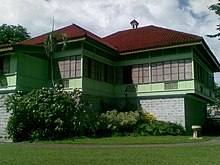 Despite the name change, José, as "Rizal" soon distinguished himself in poetry writing contests, impressing his professors with his facility with Castilian and other foreign languages, and later, in writing essays that were critical of the Spanish historical accounts of the pre-colonial Philippine societies. Indeed, by 1891, the year he finished his El Filibusterismo, this second surname had become so well known that, as he writes to another friend, "All my family now carry the name Rizal instead of Mercado because the name R

Rizal first studied under Justiniano Aquino Cruz in Biñan, Laguna, before he was sent to Manila.As to his father's request, he took the entrance examination in Colegio de San Juan de Letran but he then enrolled at the Ateneo Municipal de Manila and graduated as one of the nine students in his class declared sobresaliente or outstanding. He continued his education at the Ateneo Municipal de Manila to obtain a land surveyor and assessor's degree, and at the same time at the University of Santo Tomas where he did take up a preparatory course in law. Upon learning that his mother was going blind, he decided to switch to medicine at the medical school of Santo Tomas specializing later in ophthalmology. 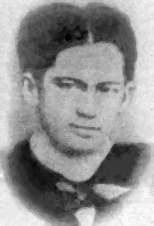 Rizal as a student at theUniversity of Santo Tomas

Without his parents' knowledge and consent, but secretly supported by his brother Paciano, he traveled alone to Madrid, Spain in May 1882 and studied medicine at the Universidad Central de Madrid where he earned the degree, Licentiate in Medicine. He also attended medical lectures at the University of Paris and the University of Heidelberg. In Berlin, he was inducted as a member of the Berlin Ethnological Society and the Berlin Anthropological Society under the patronage of the famous pathologist Rudolf Virchow. Following custom, he delivered an address in German in April 1887 before the Anthropological Society on the orthography and structure of the Tagalog language. He left Heidelberg a poem, "A las flores del Heidelberg", which was both an evocation and a prayer for the welfare of his native land and the unification of common values between East and West.

At Heidelberg, the 25-year-old Rizal, completed in 1887 his eye specialization under the renowned professor, Otto Becker. There he used the newly invented ophthalmoscope (invented by Hermann von Helmholtz) to later operate on his own mother's eye. From Heidelberg, Rizal wrote his parents: "I spend half of the day in the study of German and the other half, in the diseases of the eye. Twice a week, I go to the bierbrauerie, or beerhall, to speak German with my student friends." He lived in a Karlstraße boarding house then moved to Ludwigsplatz. There, he met Reverend Karl Ullmer and stayed with them in Wilhelmsfeld, where he wrote the last few chapters of Noli Me Tángere.

Rizal was a polymath, skilled in both science and the arts. He painted, sketched, and made sculptures and woodcarving. He was a prolific poet, essayist, and novelist whose most famous works were his two novels, Noli Me Tángere and its sequel, El filibusterismo.[note 2][8]These social commentaries during the Spanish colonization of the country formed the nucleus of literature that inspired peaceful reformists and armed revolutionaries alike. Rizal was also a polyglot, conversant in twenty-two languages.

Rizal's multifacetedness was described by his German friend, Dr. Adolf Meyer, as "stupendous."[note 5] Documented studies show him to be a polymath with the ability to master various skills and subjects.[17][19][19][20] He was an ophthalmologist, sculptor, painter, educator, farmer, historian, playwright and journalist. Besides poetry and creative writing, he dabbled, with varying degrees of expertise, in architecture, cartography, economics, ethnology, anthropology, sociology, dramatics, martial arts, fencing and pistol shooting. He was also a Freemason, joining Acacia Lodge No. 9 during his time in Spain and becoming a Master Mason in 1884.

rizal means persecution! Good! I too want to join them and be worthy of this family name...".

Thomas, Megan C. Orientalists, Propagandists, and "Ilustrados": Filipino Scholarship and the End of Spanish Colonialism (University of Minnesota Press; 2012) 277 pages; Explores Orientalist and racialist discourse in the writings of José Rizal and five other ilustrados.